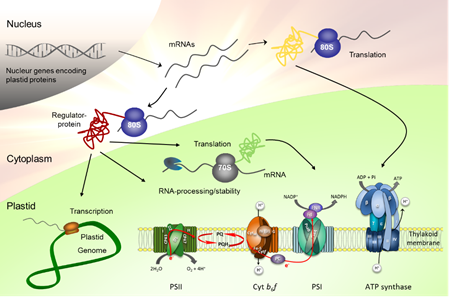 Fig. 1. Control of plastid gene expression by nucleus-encoded proteins. After their expression in the nucleus, RNAs encoding regulatory proteins are translated in the cytosol. The proteins are then imported into the organelle where they fulfil a variety of functions in chloroplast RNA metabolism.